From the desk of the President 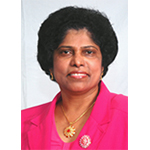 I am humbled and honored to lead the National Association of Indian Nurses in America (NAINA) for the next two years (2009-2010) with the support of versatile executive and governing body members. This team is dedicated to lead this prestigious organization to the next level. We pay tribute to the last executives and visionary chapter leaders in bringing this organization together and be heard all over the world through the media. Despite the fact that we have taken half a century to unite, our first national conference in Chicago was a great beginning.

Our heritage is unique. The role of nurses and the nursing profession are recognized in the Charaka Samhita, the ancient Indian manuscript originated in early 1000 BC. However, the modern Indian nursing was established with the arrival of British Raj and it is a blend of the ancient Indian and modern Western nursing. Majority of NAINA members had their basic nursing education in India before they migrated to U.S. Indian nurses have all the ingredients needed to succeed in the exciting and challenging arena of nursing, whether it is in the boardroom, the nursing administration, the halls of academia, the education and research, at hospital settings, the specialty areas as advance practice nurses, or liaisons in the community. As the gatekeepers of the healthcare system, we are called upon to assume varied leadership roles, implement innovative initiatives, and educate as needed. Majority of Indian nurses are females. In spite of the rigid Indian tradition, their dedication and passion for this organization is noteworthy. As nurses with our great heritage, we make changes in our family and profession daily and like any other Indian professionals in the US, Indian nurses also excel in their profession.

This year is a historical year for America. The world has witnessed the inauguration of a Black President in the US and the billion dollar bail out plans. Our country has slipped into one of the worst economies in history. There is a lot to do by the Government to keep the country in track. Similarly, NAINA has a long way to go.

Our vision for this tenure is to increase awareness of NAINA as a professional organization networking with the Indian American community and other nursing and healthcare organizations within the US and globally in concurrent with the NAINA mission.

Like any other professional group, leadership and membership participation are vital forces that create a dynamic organization. An organizationâ€™s strength may be measured in its accomplishments and physical assets alone. However, NAINA finds its treasure most from its most vital asset, the members and movers who generate ideas and get them in motion. As Indians, we manifest our abilities to stand out and excel in whatever we do by taking pride in the intelligent hard-working roots of our nationality. As nurses, the ability to care is manifested by the ability to translate our talents, time and efforts to benefit humanity as a whole.

What are some of the membership benefits? Networking opportunities, a sense of belonging and camaraderie, self-esteem and confidence are some of the intangible enrichments. There is power in numbers and certainly in unity. Good deeds are worthy of sharing and propagating. The more followers, the easier it is to accomplish the task. Advocating for more and consistent membership in the local chapter and creating chapters where there are no associations will facilitate the full realization of NAINAâ€™s mission and vision.

Let us all be the disciples of the good deeds. Join NAINA and we will surely be all VITAL, VISIBLE and VIABLE together. The organization is full of raw talents that you can tap on, selfless, hardworking, and motivated members that inspire and serve as role models for all. Experience the energy and life in NAINA. It welcomes everyone with open arms and an open mind.

Thank you for the opportunity to serve.